The History of ETA Movements

ETA movements are arguably some of the most dominant mechanical calibres in the watch industry, claiming countless variations of automatic and hand winding movements found within a vast number of luxury watches. From Breitling to TAG Heuer, Panerai to Tudor, almost every luxury watch manufacturer has at some point or another housed an ETA or ETA modified movement within their designs.

Unbeknownst to many, ETA stands for much more than just a movement that wasn’t made by the watch manufacturer themselves. ETA SA Manufacture Horlogère Suisse or ETA SA Swiss Watch Manufacturer is the largest movement maker in Switzerland to create not only finished watches and watch movements but watch ébauches, a term used to describe semi-assembled movements that can be finished by the brand in accordance with their own style. In-house movements are one of the biggest selling points for buyers these days – particularly collectors. But these things take a lot of time and money, so it is often sensible for the watch brand to use ETA ébauches and doll them up with branded rotors and other fixtures. This way, they can claim these movements as their own.

Now you might be thinking, surely this is cheating? And yes, you could look at it that way. But why try and compete with something that is almost unbeatable? ETA movements are renowned for their accuracy, dependability and durability with some ETA mechanical calibres even proudly owning their own COSC certificate. 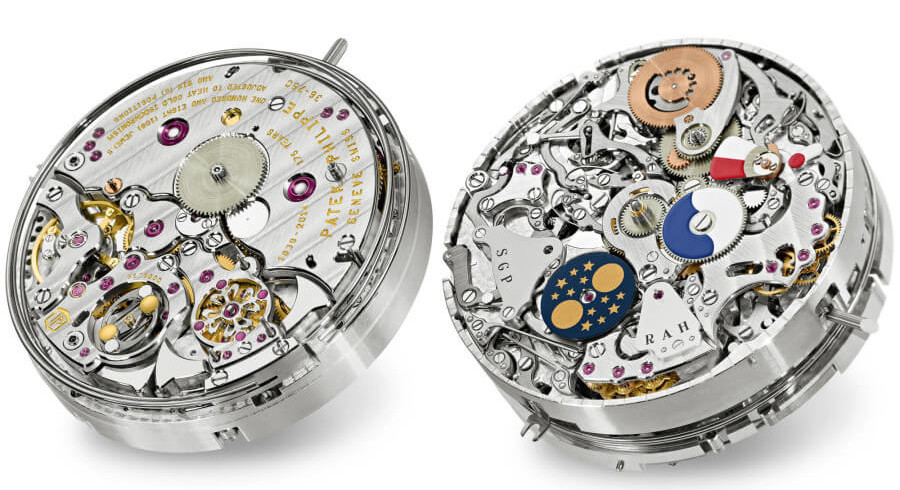 The history of ETA movements can be taken back all the way to 1793 but it wasn’t until 1932 when ETA SA Manufacture Horlogère Suisse was officially established. Before this, ETA ébauches and movements were released by “Dr. Girard & Schild” which then became known as Eterna in 1856. Theodor Schild, the founder of Eterna at this time, wanted to ensure that the company could be involved in both the manufacture of ébauches movements as well as designing their very own collection of timepieces. To do this, Eterna had to be split into two companies. Eterna became known as the watch brand while ETA SA became recognised as the movement maker.

ETA SA immediately became one of just a few manufacturers of automatic movements, with other movement makers focusing on hand-wound calibres and chronographs. It was this exclusivity that helped gain ETA SA the respect it still has. Then, by 1948, ETA SA built its own watchmaking school where it trained skilled watchmakers to help develop brand new movements. One of these innovations included the incorporation of ball-bearings within the mechanism. Then in 1948, this unique invention finally came to execution with the release of the Eterna-matic. Skipping ahead a few decades to 1982, the first ever Swatch watch was released being marketed as incredibly cheap, simple and fun. Within this watch was a movement designed by two ETA engineers, a movement that was ultra-slim with parts installed on the back panel rather than on the main plate.  The number of parts used to make these watches was a mere 51, a startling third of what was usually equipped which helped significantly refuse manufacturing costs.  It didn’t take long for these Swatch watches to turn a weighty profit with over 100 million pieces being sold in the brands first ten years of manufacturer. Following on from this success, Nicholas Hayket became the main shareholder of the ETA SA as well as founding the Corporation for Microelectronics and Watchmaking Industries Ltd which eventually became known as the Swatch Group. It is the unique past of ETA movements that gives them the experience required to make their calibres so immensely successful. They have obtained invaluable know-how into both the watchmaking industry and the consumer markets to create a versatile collection of quartz, automatic, chronograph and hand-wound movements to fulfil every luxury watch wearer’s need. As long as they continue to maintain their reputation for reliability and allow other luxury watch manufacturers to create their own in-house calibres with their ébauches, then ETA are likely to remain one of the most prominent and successful movement makers in the watch industry.